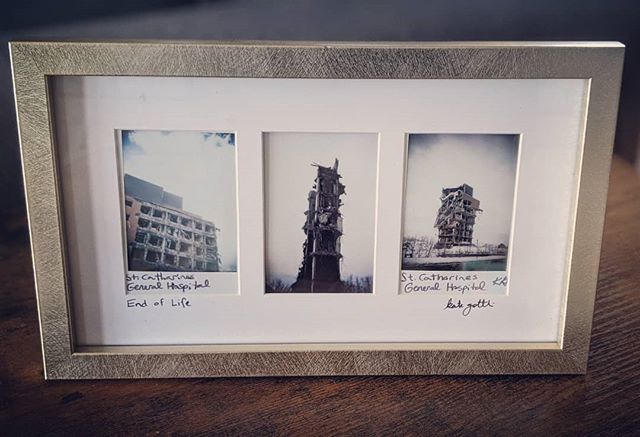 The St.Catharines General Hospital was a place where so many of us took our first breaths and so many others took their last.

The building had a demolition that sometimes felt would never end – weeks would pass and it would stay in whatever state it was in…holding. simply existing.

As it was fading, discoveries were made…architectural remnants and structures from a time no one alive today experienced or even knew about.

As a shell and vessel, everything was gradually disccarged into open air until there was nothing left within it to release.