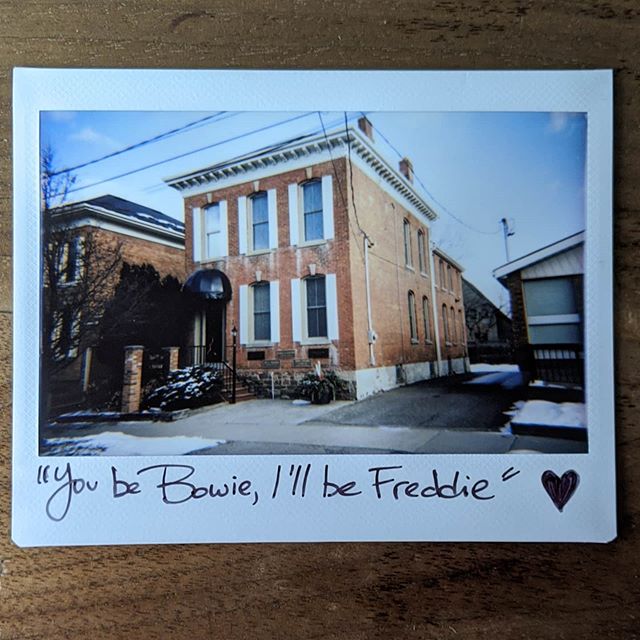 It was remarkably easy to fall in love with @joegottli. He was the comics editor and I was the chief photographer for @thebrockpress. And in the EIC’s decision that was certainly fate, we were told we had to share a desk. The first night of desk sharing, Joe showed me his “folder of funny pictures” (2005 meme origins) and the amount of disdain Joe received from our colleagues for unapologetically adoring Phil Collins and sports teams that no longer exist was beyond charming to me. In 2006, the Press crew was out dancing and scream-singing at Red Square (@mahtaycafe basement origins) and during ‘Under Pressure’ Joe looked me dead in the eyes and said “you be Bowie, I’ll be Freddie”. My response was “you’re coming home with me tonight, right?” 😂 A few hours later, we stopped and sat on these steps on the walk back to my apartment. We talked a lot and kissed for the first time. To this day, whenever we drive by here, he reaches over and holds my hand. Joe is my Freddie – his range of talent is seemingly endless and his charisma lights up the lives of anyone who knows him. And I’m his Bowie – his fringe counterpart that thrives on reinvention. Long story short, this is why the Instant Niagara project brings me so much joy. This random law office on James Street is so special to me, even though I don’t know anything about the building nor have I ever been inside it.