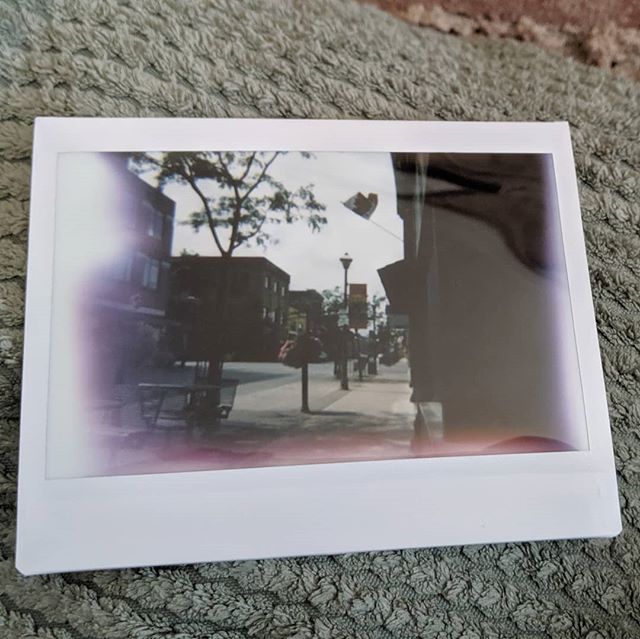 Was at @thirdspaceonqueen today and met a marvelous 9 year old named Eddy (Eddie?). He said he wanted to be a photographer when he grows up and I told him that if he takes pictures he already is a photographer…being a grownup is not required! 🙂 Eddy was really interested in my camera and wanted to take a few shots. He accidentally opened the film door at one point so the remaining shots had some beautiful exposure aura on them.

Anyway, this is a shot that Eddy took that I let him keep, but it was so cool I wanted to still feature it on here.